The Future Of Mass Adoption & Why Hive Is Central

Posted on 15th January 2022 by sapphirecrypto

Time To Utilize Another Angle

When you look at what draws the masses into Bitcoin and Cryptocurrency, it is always the same thing, price appreciation! This seems to be the only “selling point” that manages to onboard new users and investors. However, when prices deflate, we generally see the opposite behavior. Sentiment and interest drop, often followed by mockery. Many who bought into the hype of 2017 went on to bad-mouth Crypto all the way through to 2020, only to flip their narrative again when prices began to soar.

This is however rather predictable and to be expected. Ideally, we want to see people entering the space on an ongoing basis, based on their belief in both the potential and the technology. Unfortunately, with every bearish season, also comes a subdued interest in Crypto. The reason is, the only selling point is “euphoria”. We need to ultimately attract a better class of investors and by this I mean, committed.

Someone who arrives at the Crypto doorstep every three to four years is not really doing the industry any good, apart from buying the bags off of the intelligent and disciplined investor.

They may believe that they are about to secure some serious gains but that is generally not the case. This group ends up being the cash-out mechanism for the long-term investors, who are ironically securing the gains the latecomers are after.

I have spoken quite frequently about the incentivized economy and firmly believe that it has tremendous power to usher in a new wave of adoption. These new arrivals are taking part because they are earning Crypto by being active and committed. Play2Earn continues to be a massive incentive, especially as gaming is already such a large and profitable sector. Other incentivized models continue to onboard new users and have a fairly strong chance of maintaining them, provided the rewards are attractive enough, as well as stable. Tokenization is obviously aiding in this endeavor, making it easier for the creation and launching of new projects.

This activity, by default, goes on to create new users across CEXs and DEXs, along with many other Crypto services. If you now have all these people earning Crypto, they also need to utilize it in order for it to actually be of any value to them.

This also creates more liquidity, ultimately triggering the network effect, which is how true adoption takes place. It is simply just a case of multiplication and compounding upon already existing models. Obviously, more users and liquidity will always attract the creation of new business models and alternative projects. This just further serves to compound the already compounding effect.

Why Hive Is Perfectly Positioned

Apart from my own publications, I have noticed a recent increase in the number of articles addressing the benefits of the Hive ecosystem. There seems to be a bit of a rumbling and with good reason. Hive is more than an incentivized blogging platform, even more than Play2Earn opportunities. There is a wealth of dapps, which is constantly growing and evolving, offering inclusion in a decentralized ecosystem.

Not Only Decentralized But Monetized

You could not ask for a better combination! These two very important aspects of the Hive ecosystem create the makings of an independent economy, upon which the community can build their own personally designed “businesses”. Considering that HIVE recently reached $3.41 and a billion-dollar market cap, it has become blatantly clear that Hive has what it takes to become a future key player in the Global Crypto economy. Consider all the amazing communities within the Hive community. Look at the development and progress being made on Leofinance of late. We may not see it reflected in the price just yet but that is not all that bad. It actually creates a window of opportunity for the true investors of tomorrow.

There is no question that we will see further development within the world of Hive. The only question is, will you have built up your own economy within the Hive economy? Make the most of the downtrends when they arrive and continue building day by day. Hive currently offers one of the best opportunities for the future, don’t miss out! 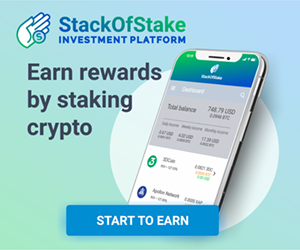